In the mid-eighties a young couple told a private conference of scientists, academics, sociologists, and writers that they would be working with the U.S. Army on a program involving exceptional human capabilities and were asking for advice from their colleagues. Their subjects would be two Special Forces A Detachments, or Green Berets. This couple was gentle, sensitive, perceptive, and counter-culture in energy and appearance. I was in the conference. As a former Green Beret officer in Vietnam, I was concerned about the experiences they might encounter. I was doubtful that they understood the disconnection from people, shared environment of brutality, and disregard for liberal perspectives and the people who held them they were about to encounter. I introduced myself and offered to share what I knew about the Special Forces and some thoughts that might be helpful. 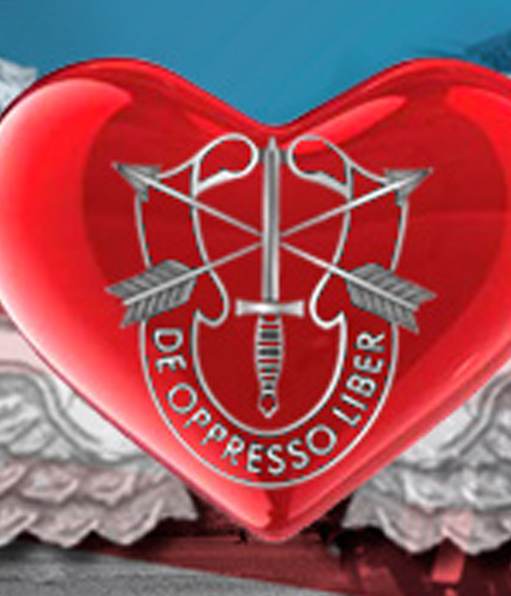 Twenty-seven years later we reconnected, and they were eager to report their experiences. The project, they told me, had been a success. They also told me that my comments had been “sobering and illuminating.” Apparently, as I thought, they had no experience with the type of thoughts and lives that I described.

I knew the insecurity of the men they would be working with for six months, because I shared it, and even today I am challenging some of the energy in me that brought me into the Army (I volunteered) and then into the Green Berets (I volunteered). I told them that their only chance of surviving this assignment – emotionally – much less learning from it was to rigorously maintain their integrity. If they did not, I felt certain that these young men would “eat them for lunch” – disdain them, dismiss them, resist them, and ridicule them. Their only hope of success, I told them, was to know who they were, share directly and honestly, and detach from the outcome. Any attempt to manipulate these men by trying to please or impress them would lead only to disaster.

They were often amazed, positively, by the results that following my suggestions created. The project opened doors for them that are still opening. Beyond that, they were touched most by the men themselves. The courage and compassion that this couple brought to their interactions with these men created bonds that they still treasure. I told them to be honest and direct, even if they were frightened. Here are some stories they told me of doing that.

The wife recalled that early in the project while she was putting neuro-feedback brainwave sensors on a young captain from West Point, he asked if she had been “one of those anti-Vietnam war demonstrators.” She paused, remembered my advice, took a deep breath, and replied, “You bet.” He was silent a moment, then relaxed again and said, “I find that one of the most fascinating periods of history.” That was all. No disdain. No superiority. It was one of many times that she established a beautiful connection that could not have been created without her integrity and courage. Her husband told me another story. After a neurofeedback training session an enlisted man lingered in the lab, asking questions. At last, the husband needed to leave, but when he began to leave, the man finally asked him, “What do you think of us?” It was another moment of truth. The husband remembered our talk, as had his wife before answering the captain, and said, “To tell you the truth, I am surprised at how much I like you guys.” The young man replied, “I am surprised at how much I like you, too.”

Moments like these were the ones they remembered more than a quarter of a century after our talk at the conference. They told me of being deeply touched by tears of compassion flowing down the face of an Army Ranger, falling onto his “Death From Above” T-shirt, as his heart opened during a meditation. They told me of soul-to-soul connections created where personality-to-personality connections would have been difficult. These are the connections I am sharing with you. These are the Special Operations that are altering military history and that will eventually change the nations that create military organizations. I am grateful to be alive in this exciting time with you.